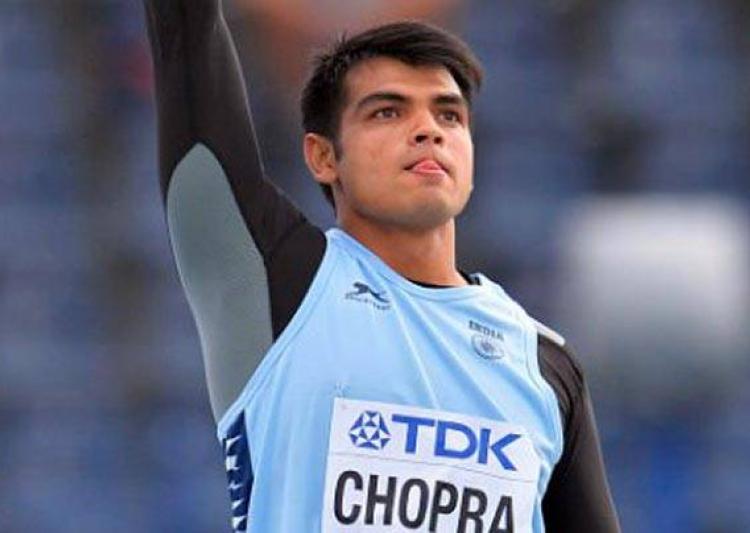 Neeraj Chopra is the first Indian athlete to become a world champion at any level.

Soon after he knew he had won the javelin throw at the U-20 World Championships Neeraj Chopra faced an unexpected problem. As he began to take the customary lap of honour at the Zdzislaw Krzyszkowiak Stadium in Bydgoszcz, he noticed that he did not have an Indian flag.

“I was running around looking for an Indian flag, but no one in the stadium had one. My teammates didn’t have one and neither did any of the organisers. I think no one really expected that an Indian would win the gold medal so they probably did not think they would need it,” jokes Chopra over the phone. Perhaps the organisers were indeed not to be blamed for Chopra’s achievement was indeed unprecedented. The 18-year-old’s throw of 86.48m had made him the first Indian athlete to win a world title and incidentally also the first to set a world record at any level.

Eventually Chopra says he had to make do with wearing his kit with the national flag emblazoned on the back. The Indian flag was eventually raised during the medal ceremony. For Chopra that was a moment that was bigger than just winning the medal. “When the national anthem played it was a huge moment for me. It was perhaps even bigger than winning a gold. It is a special feeling to have your countries national anthem playing at a world level. Especially when it has never happened before,” he says.

Chopra’s world record had been thrown in his second throw of the javelin finals. And while he knew it was a big throw – one he delivered despite falling over towards the end – he says he could have scarcely predicted how massive it would be.

“It took a few minutes to determine how far I had thrown the javelin because it went a lot further than the white line that marked the 80m mark in the stadium. I knew the moment it left my hand that it was going to be a good throw. But I was expecting to throw around 83m. So I immediately turned around and gave a thumbs up to Calvert sir and the rest of the Indian team in the stands. When they finally measured it I couldn’t believe it,” he says.

What made the throw additionally special for Chopra was the fact that he had never come close to throwing that mark in practice. “Usually during practice my best will be around 80 or 81 meters. But I always find that I am able to throw a lot further in competition. If my rivals start throwing well, I take it as a challenge to beat them,” says Chopra. Indeed Chopra’s effort came after South Africa’s Johan Grobler had taken the early lead with a throw of 80.59m. “So in a way I should thank Johan as well,” he says.

“It is a bit of mixed feelings. I was really hoping to qualify for the Olympics as well. I was under a little bit of pressure because that was one of my goals for the year. But There was always something that was troubling. At the Federation Cup, I picked up an injury that didn’t allow me to train for 20-25 days. And then later on, I started feeling disappointed because I felt I was taking part in too many competitions and was not training enough. I took part in four competitions in a couple of weeks and I did not even get enough rest before the Asian Junior Championships in June. But my coach Garry Calvert kept encouraging me to focus. He kept saying that I had a special throw. And now I have been able to deliver,” he says.

He admits that he still is unable to come to terms with his achievement. “I have still to understand what this means. Perhaps when I go back to India, I will have a better idea,” he says. However, there have been a few moments when he realised the magnitude of his feat. “After the competition you talk to the other athletes. I was speaking to the shot put champion and he said congratulations to me too. And that’s when I realised that even I was a champion,” Chopra says.

Despite his breakthrough, Chopra will not be taking things easily.

“This is just an age group competition. I may have missed out on the Olympics, but my goal will be to do well at next year’s world championships and then the Asian and Commonwealth Games in 2018. I have to train for that right from now,” he says. And while he isn’t making predictions of how he will fare in those tournaments, Chopra says he will ensure he wont forget one essential. “I’ll make sure I carry an Indian flag with me next time around,” he adds.