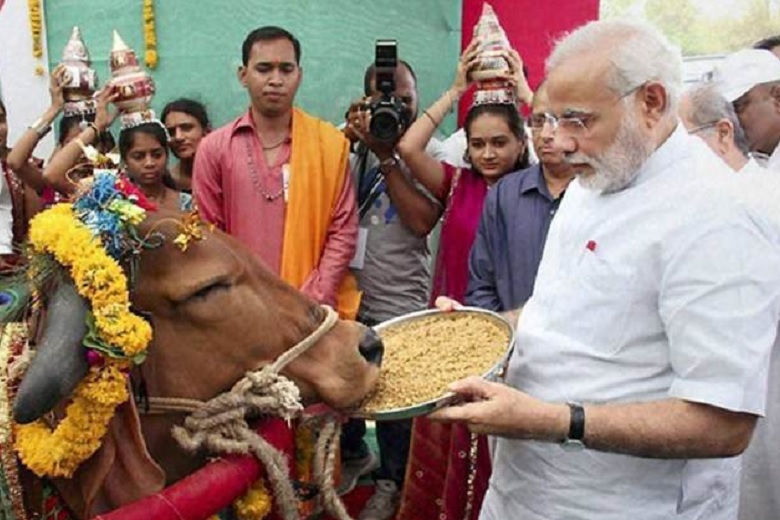 PM Modi slams Gau Rakshaks: ‘They are criminals at night and claim to be protectors by day’

At the first MyGov townhall held on Saturday, PM Narendra Modi targeted the so-called Gau Rakshaks or cow vigilantes and said he felt angered by them, because they were hiding their misdeeds in the name of cow protection.

In the past few days, several instances of violence have been reported where often Dalits and Muslims have been targeted in the name of cow protection.

The most notorious of these was an assault on Dalits in Una in Gujarat, which was captured on video and shared widely on the internet. Even as nation-wide outrage was sparked by that video, BJP MLA from Ghoshamahal constituency in Hyderabad, Raja Singh, went on Facebook to laud those who had committed that attack and warn others slaughtering cows or consuming beef that they would be taught a similar lesson.

In his speech, Modi said that cows mostly die of eating plastic bags and these Gau rakshaks should urge people not to throw plastic on roads and this will be a big sewa.

Cows don’t die because of murder but from consuming plastic from garbage. People should stop throwing plastic if they really want to do gau-seva, added Modi.

He also asked state governments to make a dossier of such people, which will show that most of them are criminals.

The townhall was held to mark the two-year anniversary of MyGov.in, which is an online platform to engage with citizens. It was held at the Indira Gandhi Stadium complex in New Delhi.