Pavan Kumar an civil servant had a bitter experience On August 6th at Absolute Barbecues, BTM. When requested for Kannada mix, The Hotel singer and management reject the request in spite of repeated request from many in the Hotel. 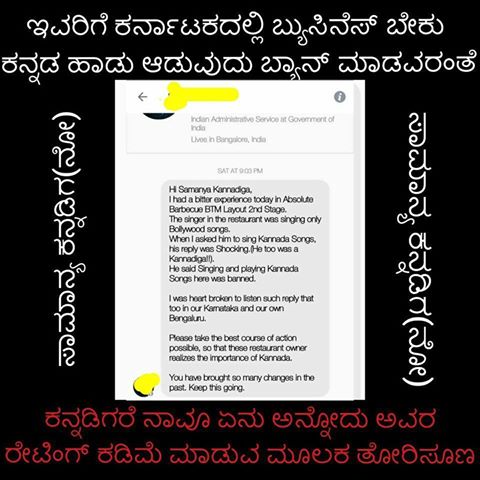 This incident was brought to the notice of pro Kannada group Samanya Kannadiga  . IAS officer requested the team to take up this issue. When the Group contacted the pub management demanding an explanation, management was initially silent and ignored the request.  The Group then reported this issue in their Facebook page demanding Kannadigas to down rate the Hotel in all possible social media.

Following which all the Kannadigas down rating the app, and within 24 hours ratings drop from 4.3 stars to 2.7 stars!! 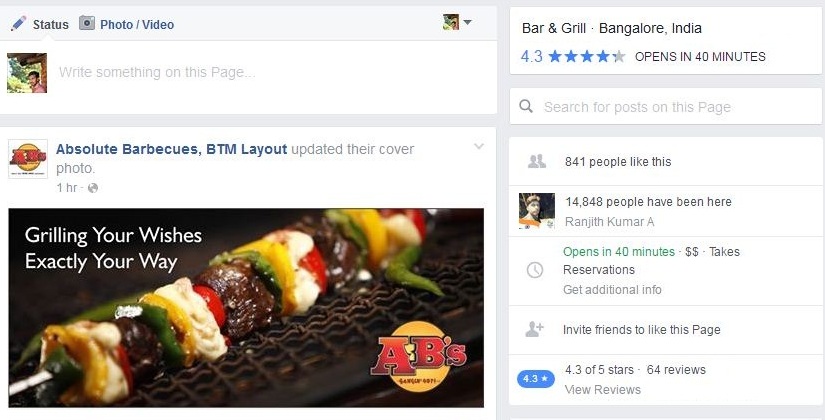 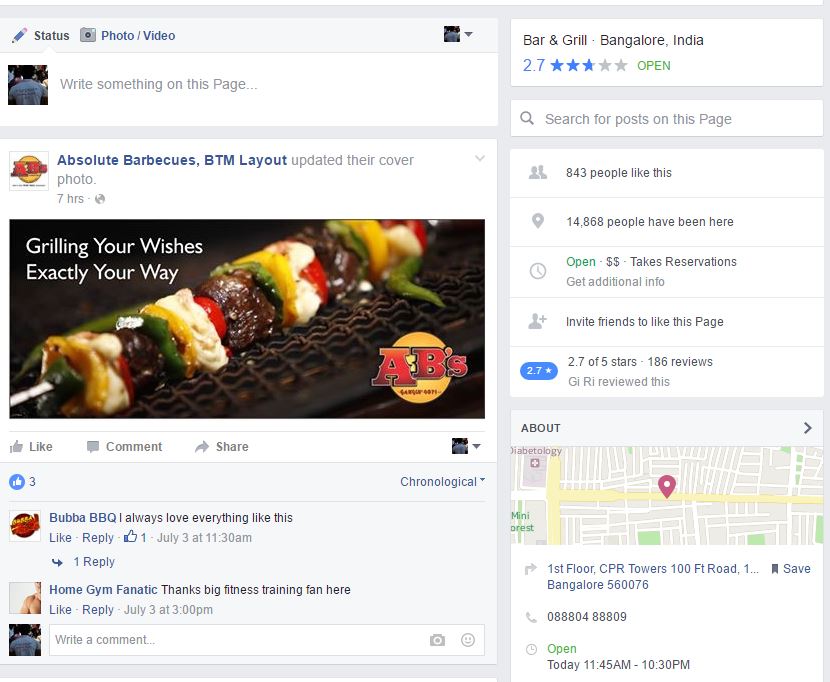 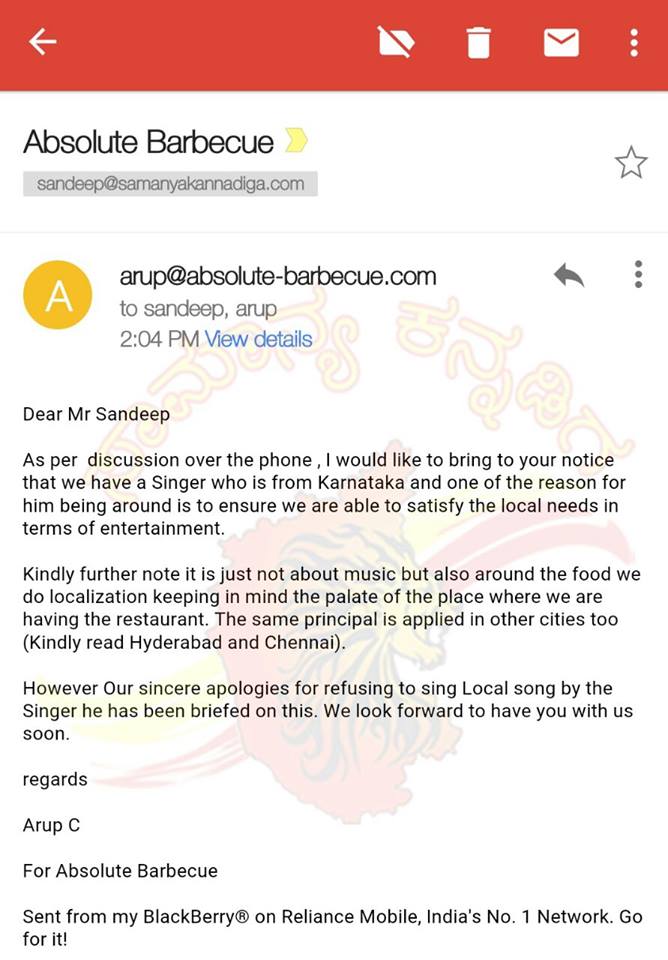 “Kannada is the language of Bengaluru demanding Kannada in Karnataka is our right and the management replying is very lame. The Hotel has promised to play Kannada Songs every time. This is a good development”.

Mr Pavan was happy with the result and thanked Samanya Kannadiga for its efforts and restoring the pride of Kannada. 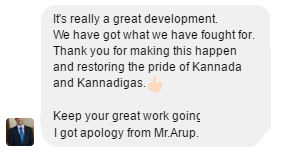 “AB has agreed to play kannada song on regular basis and has also promised to play a kannada song of choice if it is available in their library collection, it is a good sign. we have stopped our campaign with immediate effect”

Saka always rocks…
all the best..sandeep