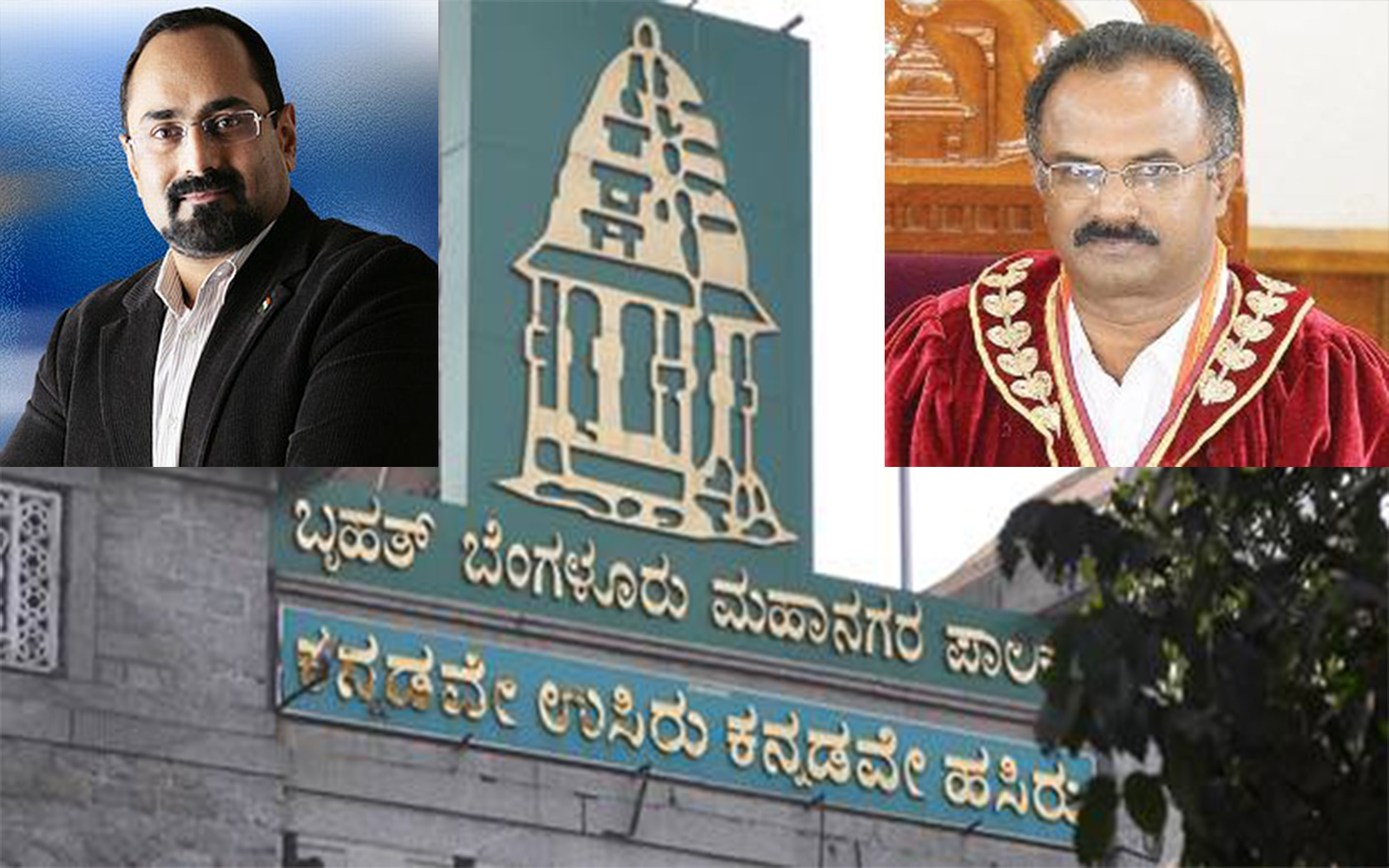 Hon’ble Mayor of Bengaluru who is jointly supervising the #Operation_Rajakaluve with regional Joint Commissioner’s [JC], Revenue and Survey officials has criticized move of ‘Namma Bengaluru Foundation’ for playing a ‘Double Game’.

Manjunatha Reddy, whose term comes to an end next month, has come down heavily on Namma Bengaluru Foundation for ‘playing a game’ on the emotions of poor who have lost their homes in the ensuring Demolition drive launched against SWD Encroachers.

He said “Namma Bengaluru foundation had earlier filed cases for eviction of encroachments; now they say that this drive is illegal”. Encroachers, irrespective of their status in the society shall not be spared, he said.

Namma Bengaluru is headed by Rajeev Chandrasekhar – Member of Parliament (Rajya Sabha), the Namma Bengaluru Foundation is an organization working towards making Bengaluru a model city, be it in terms of well planned infrastructure, well laid out neighborhood community models, or its people-driven governance measures. Namma Bengaluru Foundation aims to be the voice of the people; a voice that needs to be heard in order for Bengaluru to become a truly Global City. Contrary to their claims, the ‘cash rich’ foundation is playing havoc with emotions of poor; mostly uneducated by launching a Legal Helpline to those who have lost their homes in the demolition drive. Earlier, the foundation had also filed a plea with the Courts to undertake demolition of encroachments in the city. This is a clear case of ‘Politicising the issue’. Hon’ble Mayor is right in taking on Namma Bengaluru for its ulterior objectives of fulfilling political aspirations of ‘cash rich’ Politicians. Incidentally, Supreme Court has neutralised the immunity for encroachers of Government land and said no notice be served for encroachers of such land.

Earlier yesterday, Law Minister TB Jayachandra said that the Government will undertake similar such Demolitions across the State and establish 10 Special Courts on Encroachment issues. The courts shall start functioning from August 31 and headed by Justice Narayana.

The demolition drive on Government land, Lake Encroachment, Raja Kaluve Encroachment shall be done at the Mahanagara Palike, Purasabhe and Panchayat level, he said.

Meanwhile, Orion Mall has issued a clarification in a regional newspaper citing that no irregularities pertaining to SWD encroachment has taken place and has vehemently denied that the Mall has partially encroached upon SWD. It has asked the public not to be influenced by baseless allegations made without knowledge and verification of facts.