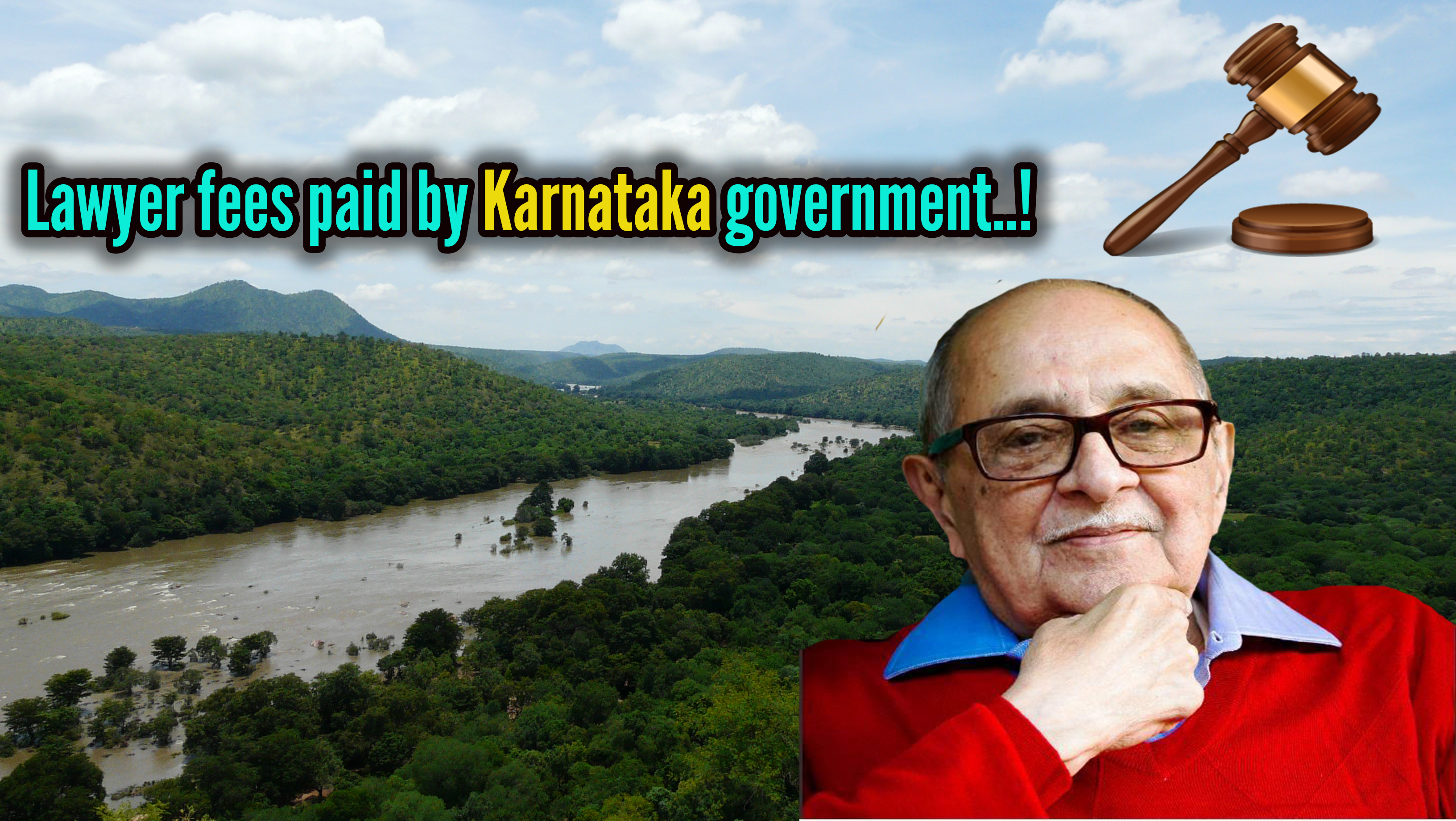 The Rivers have become the source of revenue for the team of few high profile lawyers. the team is melting huge sums of public money I.e tax payers money in the name of appearances, conferences, clearkage, travelling in first class, meetings in five star hotels.

Let’s take Mahadaayi water issue. State has the legal team of many lawyers and water experts. 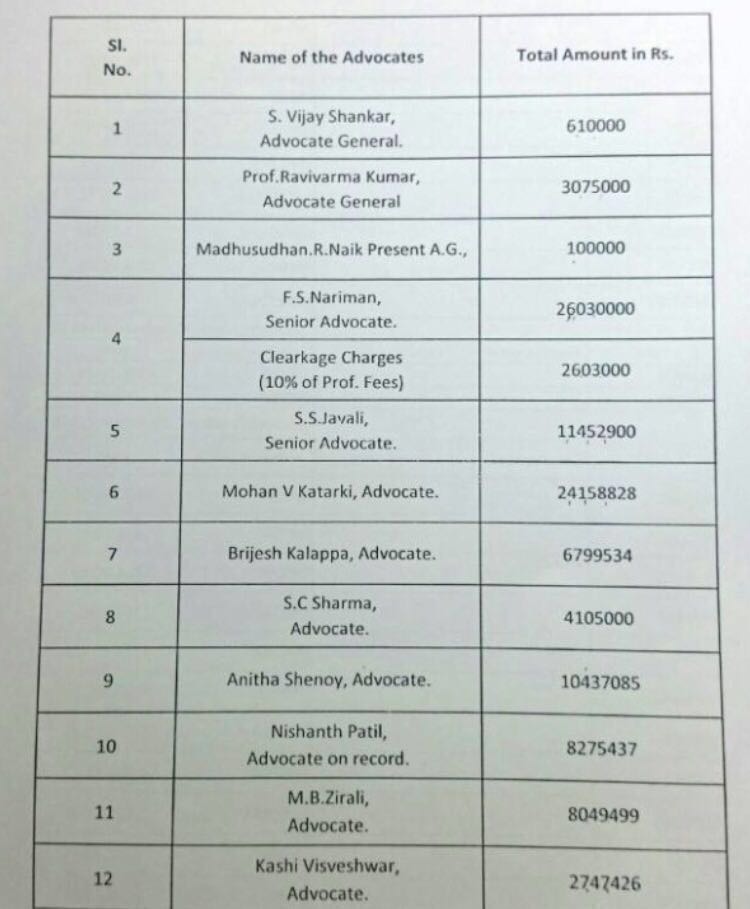 The lawyers who represented are sriyuts

The fee paid in the water disputes is as follows. Sriyuts

The clerkage fee was paid to Mr. Nariman. Which clerk has he paid.? All clerkage fee is pocketed by the senior lawyers.

Did you notice sl.no.10 Nishant Patil? He is the son of Justice N.K. Patil of Karnataka High Court. He was enrolled only on 26 June 2009 and was included in the Mahadayi legal team in 2011 within just two years of his enrolment. He has already pocketed more than rupees eighty lakhs ! There are several lawyers in Delhi and Karnataka who are more meritorious and experienced than him. But the considerations are altogether different.

Please see the names. Except one or two, rest of them are close to the politicians and political cronies. One congress crony has made the billing of more than 67 lakhs.

Most of the lawyers on the team (with greatest respect including Nariman) have become spent force and huge liabilities. Mr. S.S.Jawali is on the Cauvery panel also for last 45 years !

One Advocate General who wanted to argue as “Kannadiga” and claim to be Samaritan pocketed rupees thirty lakhs.

While the Tamilnad lawyers have offered pro bono services for the legal work, the scenario here is converse. The entire legal team barring one or two, have wasted public money. They travel in first class, they use Govt cars, they have meetings in five star hotels

The total legal expenditure for water and border disputes is about 15O crores. !

The conviction is lacking. The dedication to serve their State free of cost or with nominal fee is completely missing. The rivers are being used to make ugly fortune.