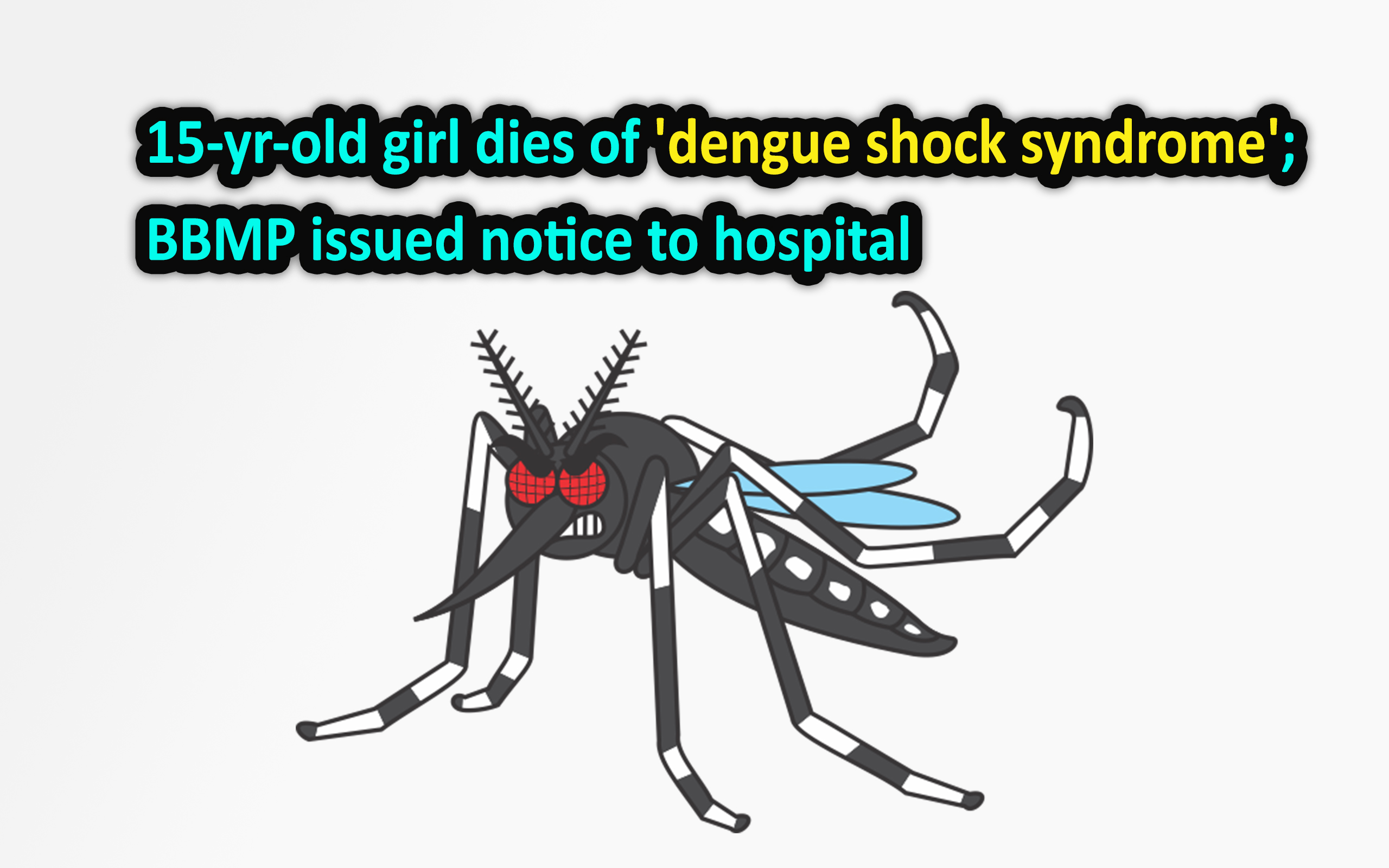 Suraksha P reports that the girl died of dengue shock syndrome. The report says that 15-year-old Pratiksha Prashant had normal platelet count when she was first brought to Cloud Nine with fever on Sunday. After the girl complained of abdominal pain the next day, she was admitted to the hospital.

The BBMP has sent a notice to Cloud Nine Hospital in Jayanagar after a 15-year-old girl student died at Apollo hospital, just hours after being transferred from Cloud Nine.

According to regulations, IgM MAC ELISA is mandated for the confirmation of dengue in a patient. Cloud Nine hospital, that administered rapid test instead of the IgM MAC ELISA test and allegedly failed to notify the local health officer has invited action from the BBMP, health officer (south) Manoranjan Hegde said.

Dr R Kishore Kumar, Chairman, Cloud Nine Hospital told , “We had done the card test which was NS1 positive. Her platelets had dropped from 1.35 lakh to 20,000. The combination of the two is criteria for dengue diagnosis. This is good enough standard even by IMA standards to accept that a child has dengue. She also had low blood pressure requiring medication to bring it up. What other disease can it be in this season? She was escorted by a intensivist paediatrician from our hospital. But we did not anticipate her death in 16 hours. She wasn’t that critical “

The doctor also maintained that the BBMP was informed the day blood test was conducted.

Apollo hospital is reported to have treated the child based on Cloud Nine’s reports and no test to confirm dengue was done.

“Our priority was to stabilise her. When the clinical symptoms are that severe, we did not feel the need to do an ELISA test,” Dr Govindaiah Yatheesh, medical superintendent, Apollo, told TNIE