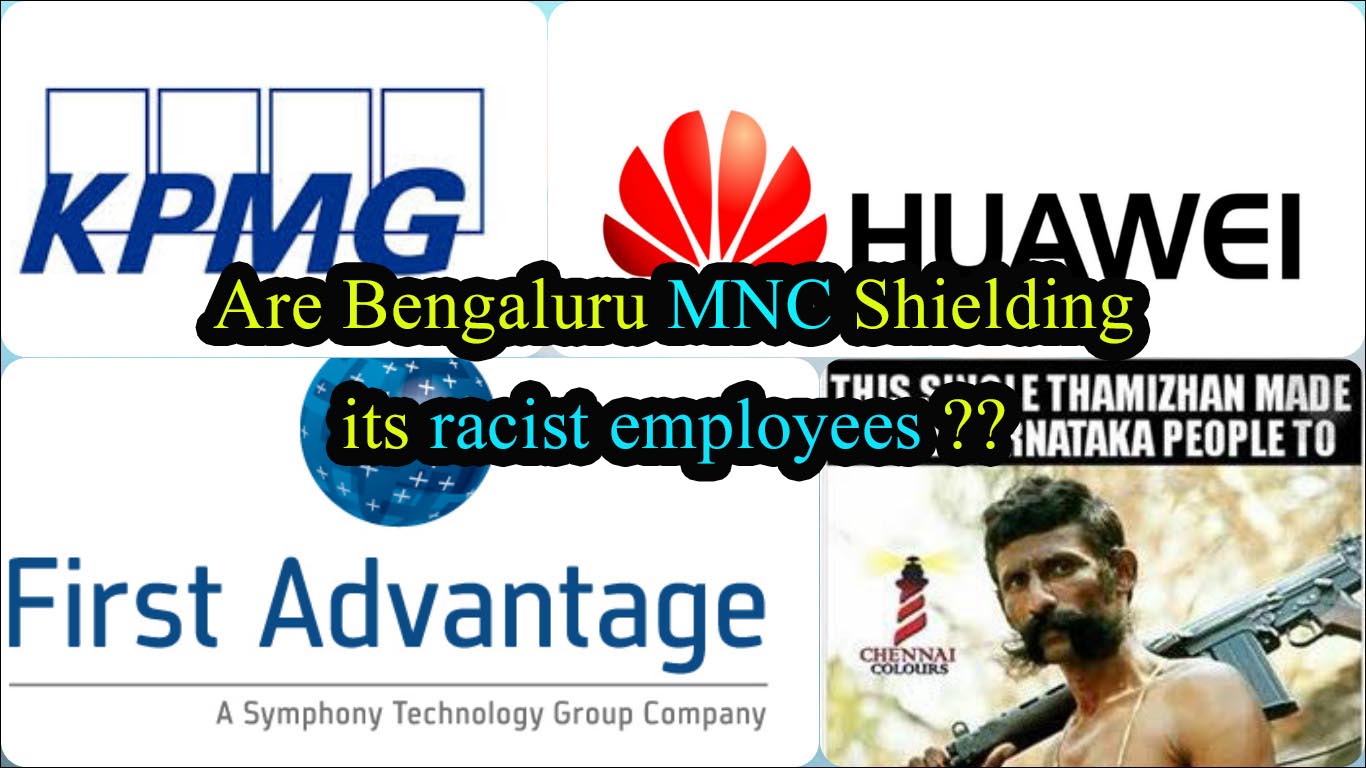 Over the last couple of weeks Bengaluru has seen a dramatic change. The unity seen among the Kannadigas for Cauvery water is tremendous. But over the course of time few people from other states staying in Bengaluru made derogatory comments on Kannadigas and Karnataka. 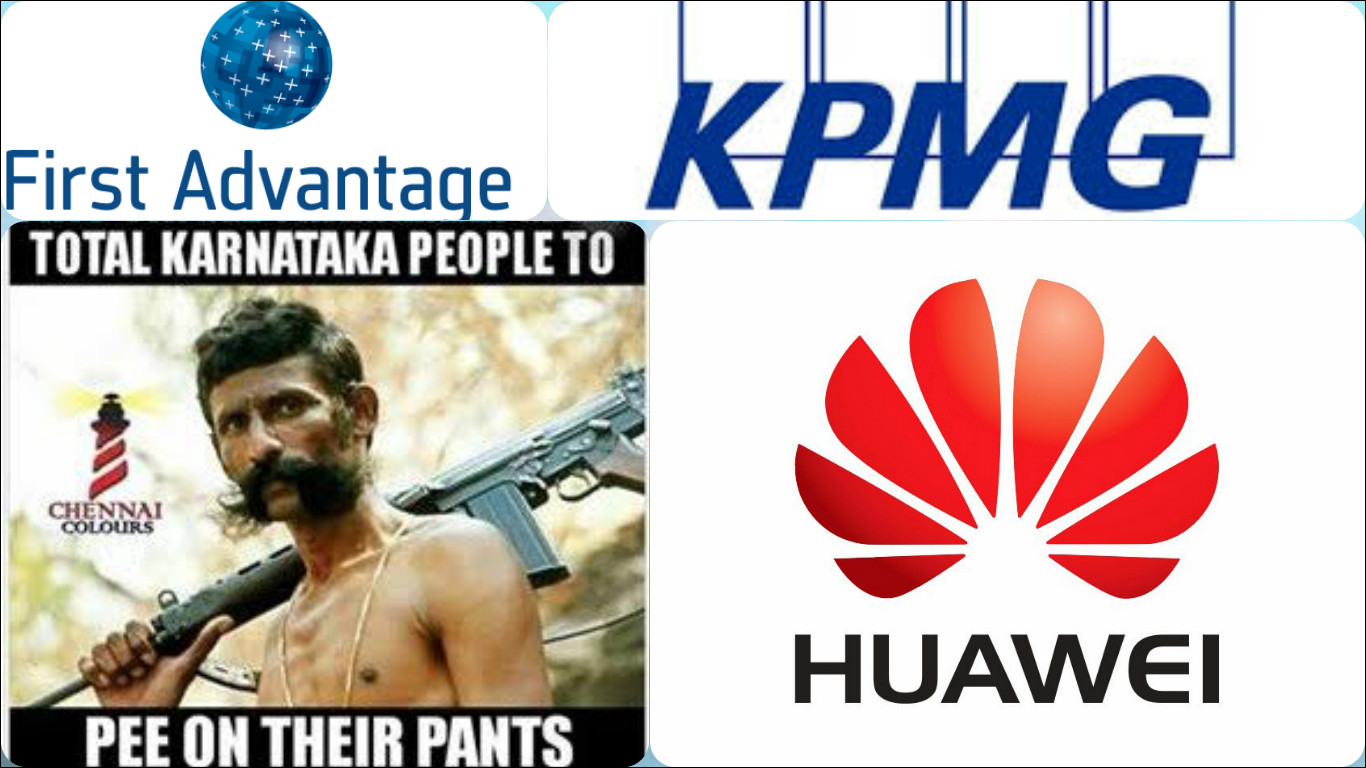 This type of statements was unwanted and sends bad taste. As many of you would have seen in TV or in print media one guy was tracked down and was physically abused . We at aralikatte condemn such activities.

At the same time let me introduce you to new group called Samanya Kannadiga (fb.com/sakannadiga) who took a totally non violent approach. They tracked down few of the miscreants , found where they were working and sent a mail to their HR manager , demanding their termination.

Few such miscreants were 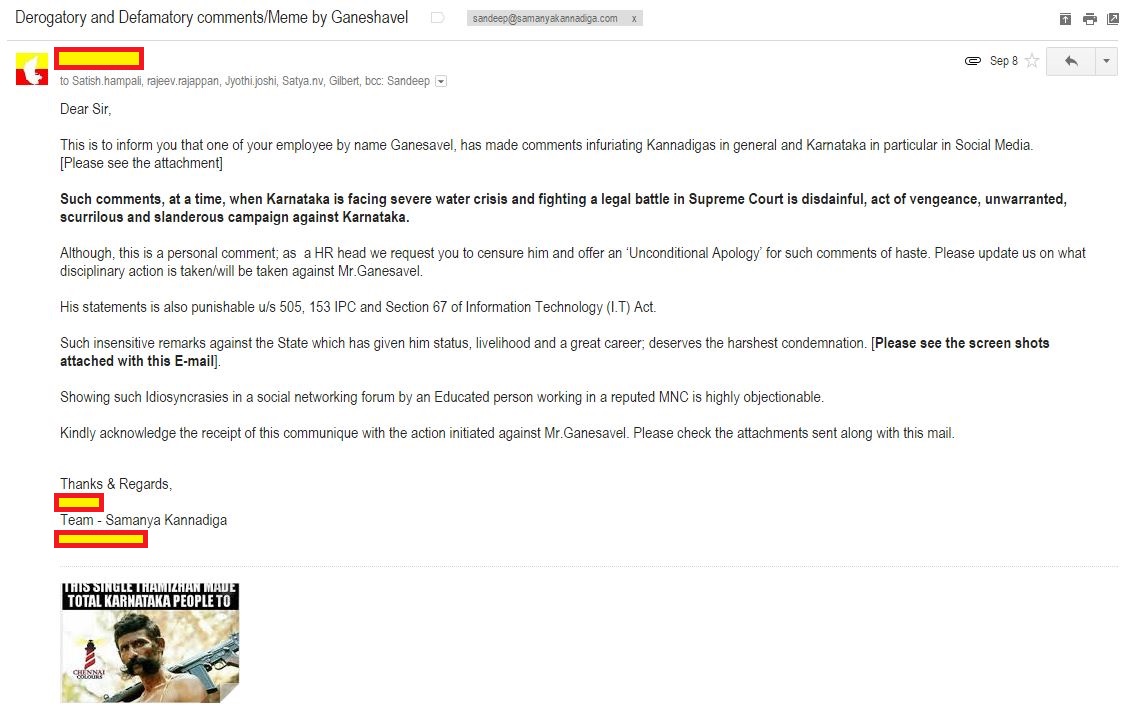 The team sent a letter to all the respective HR’s demanding their termination. when they did not reply Bharath Halemane an advocate representing Samanya Kannadiga sent a notice 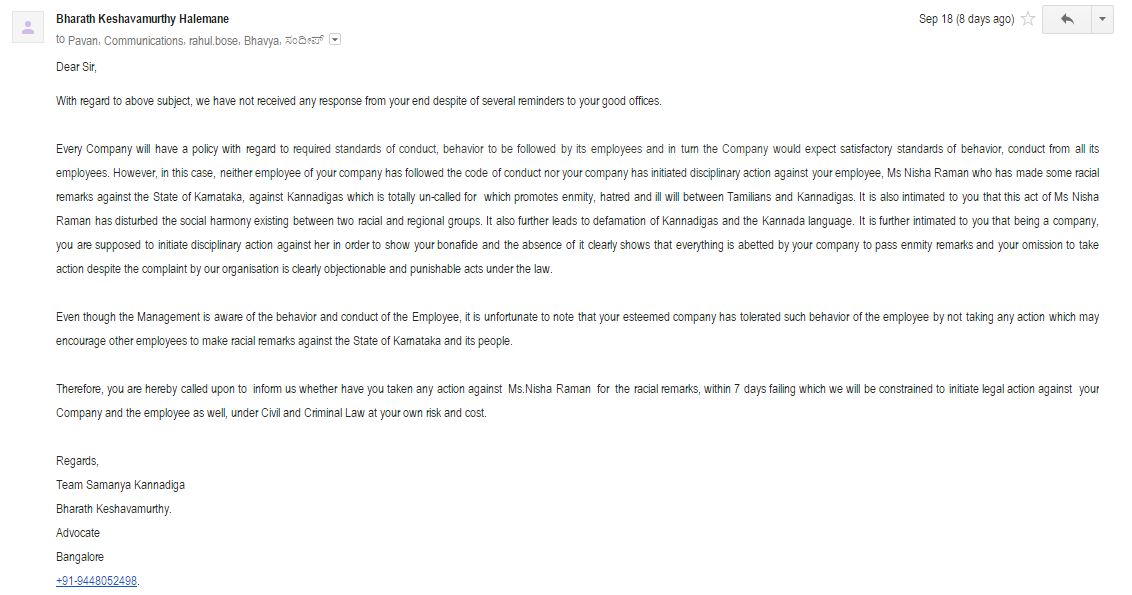 Though the MNC’s have replied back, it looks like traditional automated replies.

This gives many a feeling that this MNC’s are shedding their Racist employees, Hope the Companies come forward and show the disciplinary action taken on their employee .

aralikatte Team will wait for for the official reply from the companies and then take this forward.