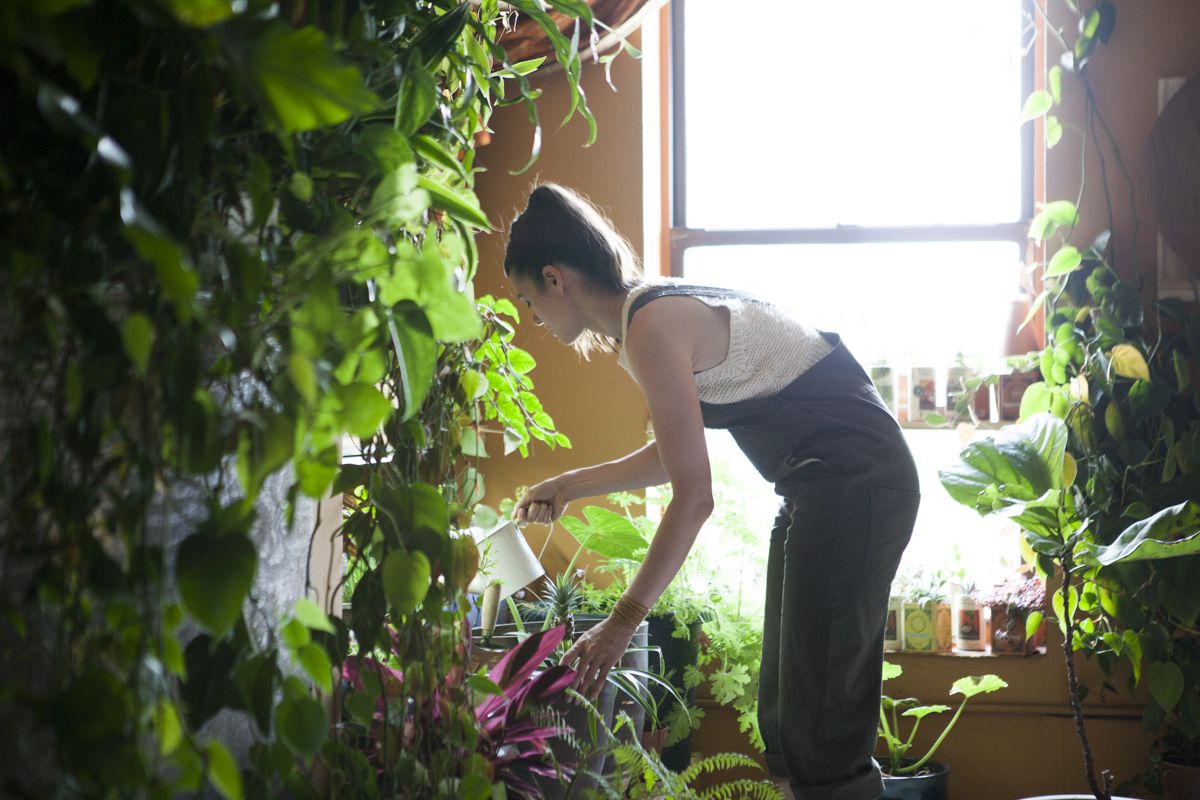 “I think that the only way I’ve really been able to survive in New York is by surrounding myself with plants,” says Summer Rayne Oakes, who lives in what might be New York City’s greenest apartment.

The model-turned-sustainable-clothing-activist-turned-sustainable-food-movement-activist has had an eventful career. Oakes currently heads up marketing for Foodstand, whose aim is to “to connect a community of good eaters,” and also runs a website about detoxing from sugar. But leading up to these jobs, she earned an environmental science degree, worked as a model, wrote a book (with another due out this year), and launched a service to connect designers with sustainable fabrics.

For 11 years, Oakes has lived in a 1,200-square-foot converted industrial space in Williamsburg, which is filled with 500 plants, including a living wall, an irrigated vertical garden constructed out of mason jars, and, in a closet garden, edible plants ranging from the familiar (herbs, greens) to the exotic (a pineapple plant, curry leaves—the latter of which she raves about). Although Oakes studied environmental science in school, her love of agriculture goes back further than that. She grew up, she says, on five acres of land in rural northeastern Pennsylvania, alongside chickens, goats, and an orchard.

How To Grow Fruits, Vegetables, and Herbs in a Container Garden

To garden in an apartment is a daunting task; lack of space, soil, and especially sunlight tend to put firm limitations on what you can and can’t grow. “I’m lucky that I have windows on both sides of my house, one south-facing, which gets a lot of light, and one north-facing,” says Oakes. “In the windows is where I have more of the light-necessary plants, like ivy, which I can’t eat, and herbs.”

Her apartment is an attempt to cram a country house into a Brooklyn apartment. None of that is really possible in the city, but Oakes does her best: a vermiculture kit beneath the kitchen sink, a compost bin, LED lighting systems, a sub-irrigation system for certain plants, and plants, plants everywhere. Succulents line the bathroom. An old sled on which her pots and pans are hung also include low-light-tolerant philodendrons.

“I think my ultimate goal is to, like, homestead in Brooklyn,” she says. “But I might have to move to a different place because I don’t know if my landlord would take to bees on the roof or chickens.” 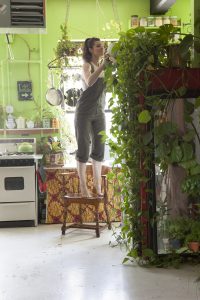 2 Watering the plants takes “about a half an hour every day, which I view as more of a meditative experience,” Oakes says. “And then once a week I probably spend a good hour, hour and a half doing composting, clipping back, that kind of stuff.” 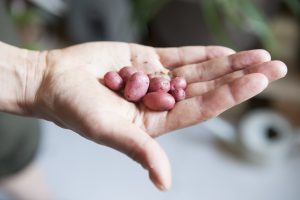 3 “I kind of harvested them a little too soon but I got the cutest mini potatoes from my potato plants,” says Oakes. 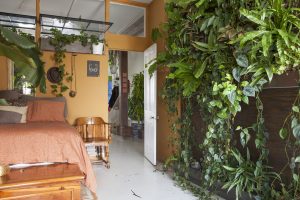 4 A living wall of plants in Oakes’ bedroom was designed with a sub-irrigation system; hooked up to her sink, the plants are fed from underneath. 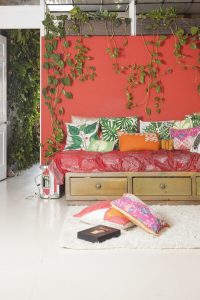 5 The plant obsession, if you will, started from a single fiddleleaf fig plant, about four feet tall. That fig, says Oakes, “has now taken over my bedroom ceiling.” 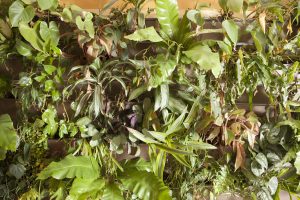 6 “I have over 500 plants,” says Oakes. “Will I get more? It really depends on whether I can fit them.” This living wall seems about as full as it can be. 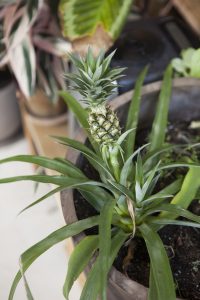 7 Oakes’ indoor garden includes a wide variety of herbs and an eclectic array of fruits and vegetables, including this baby pineapple. 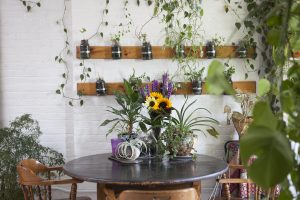 8 The mason-jar garden doesn’t produce enough for fruits and vegetables, but for herbs in an apartment, it works well. 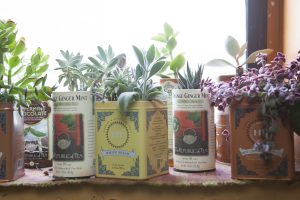 9 Oakes’ plants aren’t set up in uniform containers; anything that can be used to house a plant is, like these recycled tea tins. 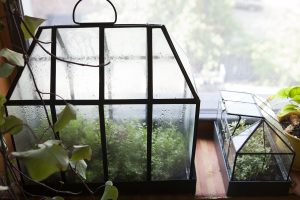 10 Sometimes growing a wide variety of plants in the relative dark and coldness of a Brooklyn apartment requires creative solutions, like these miniature greenhouses. 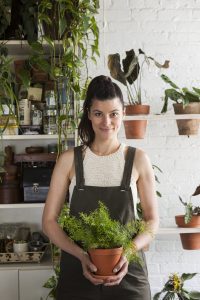 11 Oakes with one of her hundreds of houseplants. 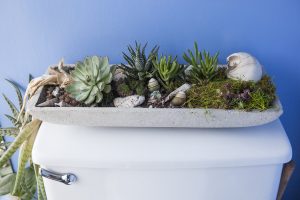 12 Succulents in the bathroom need little light and don’t shed much—perfect for perching on top of the loo. 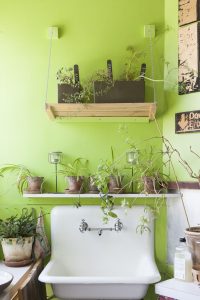 13 With space at a premium, Oakes has had to build upward—in this case, an herb garden along the wall. 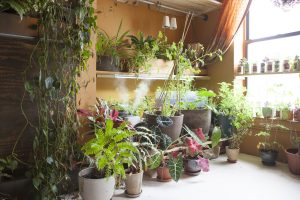 14 “Obviously sometimes it’s for the novelty rather than ‘oh, iIm going to eat for the week,’” says Oakes, but some of her plants, especially the herbs and greens, produce enough for her needs. 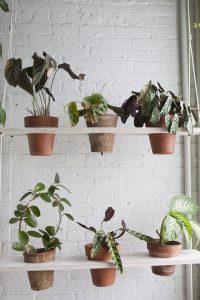 15  Oakes gives names to different areas in her apartment. She calls this “the hanging gardens,” constructed of plywood and rope.