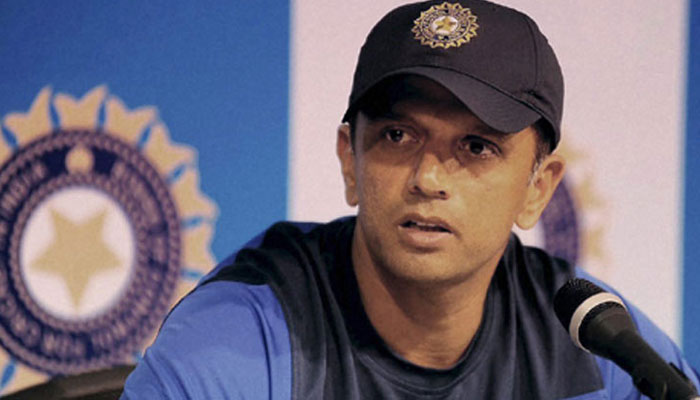 During a conversation with Vikram Sathaye for the popular talk show What The Duck, Dravid talked about the origin of the name ‘The Wall.’

Speaking recently at a talk show, Indian batting legend Rahul Dravid revealed the first instance of him being referred to as the ‘The Wall.’ Known for his staunch technique and the patience to spend hours and hours at the crease, Dravid, throughout the course of his career, was affectionately called ‘The Wall’ in appreciation of his skills as a batsman. However, as Dravid himself revealed during the talk show What The Duck while he was in conversation with the show’s host Vikram Sathaye, the move to nickname him as ‘The Wall’ was not just an honour bestowed upon him, but a tactical move as well.

On being asked by the host about the first time that he had come across the aforementioned adjective that the world had adorned him with, the 43-year-old said, “I can’t remember exactly the first time but I know where it sort of came out from, where it originated. I think, it probably came out after one of my long, typically maybe boring innings; when I saw the headline, (it read) ‘The Wall’.”

The former right-handed batsman then divulged that actually, it was a clever move by who he perceived to be someone sitting in one of the media houses of the country. “I think later on, a reflection after going through my career, I really thought that it was really clever boy or girl sitting on a desk in some newspaper office somewhere. Actually, (they were) looking into the future and sort of decided, okay, let’s name him ‘The Wall’ today in a really positive sense,” he said.

“But also we can flip that around for our future headlines, which could be ‘The Wall’ crumbles or another break in ‘The Wall’, or ‘The Wall’ fell down. As it happened, when I went through a bad patch, later on, I saw those headlines elsewhere in the newspaper. So I think someone really clever in a newspaper office somewhere sitting there decided you know this is a good one for the future.”

Clearly, whoever first coined the term, and if indeed the person was someone from the media, would have put in a lot of thought before coming up with the name. It’s a happy coincidence that it has worked so well and has become one of the commonest of synonyms being used for the legendary Indian batsman, who has over 13,000 Test runs and over 10,000 ODI runs to his name.