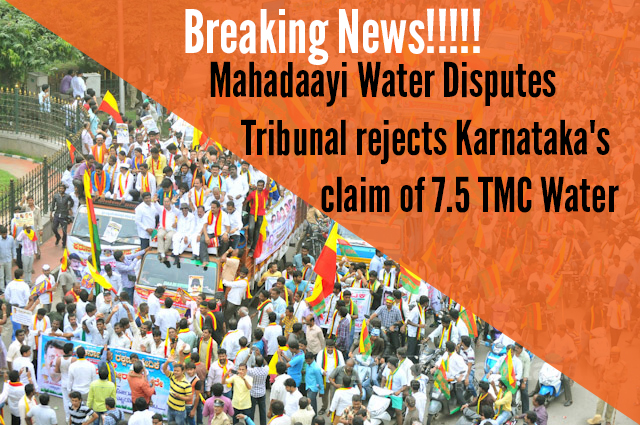 In a huge disappointment to Karnataka, the Tribunal headed by Justice Panchal has ‘rejected’ Karnataka’s claim for 7.5 TMC water. The order pronounced by Justice Panchal at 2 P.M has caused a huge disappointment to the Farmers and people residing in Hubli, Dharwad, Bagalkot, Gadag and Belagaavi who were hoping for a judgement in their favour. The State Government had filed a petition seeking an Interim Order with the Tribunal.

This is a ‘temporary setback’ as the final verdict on the Mahadayi is yet to be pronounced.

What is an Interim Award ?

Section 31 (6) of the Arbitration and Conciliation Act 1996 permits the passing of an interim award on any matter with respect to which it may make a final award. Central government has constituted Mahadayi Water Disputes Tribunal (MWDT) vide notification dated 16th November, allowing an application filed by Goa for establishing a Water disputes Tribunal.
Tight Security is in Belagavi… 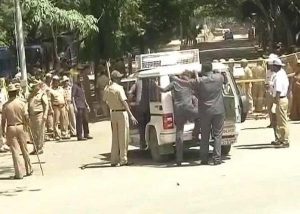 In view of the Interim Order, State Government has taken precautions by deputing ‘tough cop’ S.P.Ravikante Gowda [Superintendent of Police] in the Kanakumbi Village, Khanapura Taluk. District Armed Force, KSRP, a DySP, Sub Inspectors, Inspectors and Constabulary are deployed a the site to avoid any untoward incidents.