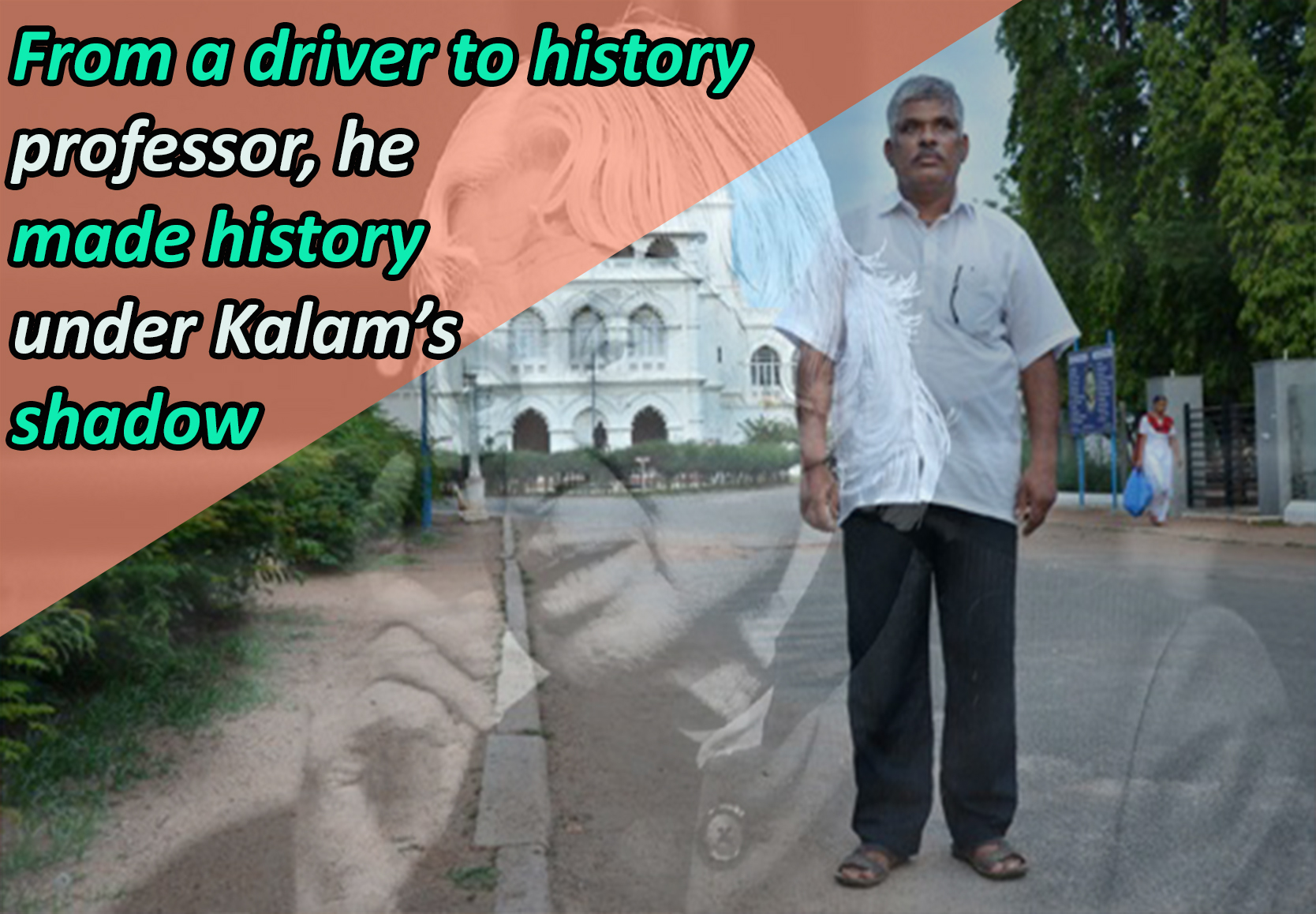 he made history under Kalam’s shadow

Former President APJ Abdul Kalam visited Virudhunagar, a small town in southern Tamil Nadu. There was a visitor for him from a nearby village, who turned up late for the function and was stopped at the college gate by the security men.

V Kathiresan, Kalam’s former driver, decided to stay put near the gate, hoping to catch the attention of Kalam when he came out. 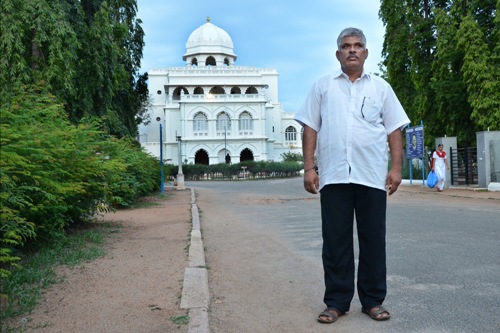 © theweekendleader Kathiresan, who drove Kalam’s car for nearly ten years, was motivated by the former President to complete his Class Ten and pursue his higher studies till Phd

Kalam had informed him in advance about his programme at the college and had invited him to attend the function. But Kathiresan could not convince the security guys about the special relationship he shared with the former president, and gain entry into the college.

He was told that Kalam would have his lunch at the PWD Bungalow, about a km away from the college, and that he could try meeting him there.

Kathiresan reached the bungalow, and requested the district superintendent of police, who was on duty there, to inform Kalam about his presence.

He would never forget what happened later. Kalam, who arrived at the bungalow with his entourage, called him in and chatted with him in his usual friendly, down-to-earth fashion.

“He invited me to have lunch with him. I felt honoured and a bit embarrassed too, because senior officials, including the SP and district collector were all standing in the room,” says Kathiresan, 53, who owes a debt of gratitude to Kalam for his role in transforming him from an army driver to an assistant professor of history.

Kathiresan and Kalam go back a long way. Kathiresan joined the army as a sepoy in 1979 after he failed to clear his Class Ten exam.

He received his driver’s training and got his first posting at Defence Research and Development Laboratory (DRLB) in Hyderabad as driver for Kalam, who was then the director of DRLB.

“We both hailed from the same district, the then undivided Ramnad district, and Dr. Kalam took an immediate liking for me. He urged me to continue my studies and made arrangements to make me rewrite English, the subject I had failed in my tenth exam. 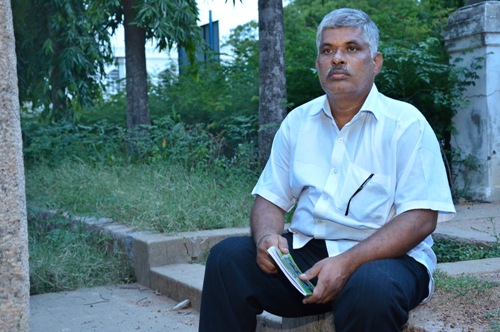 “I had scored 26 marks in English, against the pass mark of 35. He helped me learn English, and bought me books. I joined him in January 1982 and before end of the year cleared the paper scoring 44 marks,” says Kathiresan, for whom life changed after that event.

Kalam motivated him to study further and ensured through his secretary that he joined some course.

“He asked me what I wanted to study in Class 12. I said ‘History’ and they enrolled me in a group that had History, along with Accountancy, Commerce, Economics, Tamil and English,” recalls Kathiresan, who would study from that point without a break aided by Kalam’s constant motivation.

After completing Class 12, he did his graduation and post-graduation degrees in History by correspondence, and followed it up with a Bachelors and Masters in education.

“Dr. Kalam said I could become a teacher if I had those degrees. He also told me to do a doctorate, so that I could become a lecturer in college,” says Kathiresan, who is still to recover from the shock of Kalam’s sudden demise.

He worked with Kalam for nearly ten years, until Kalam moved to Delhi after his posting as chief scientific adviser to the Prime Minister in 1992.

But the fire inside him that Kalam had ignited continued to burn, making him to opt for voluntary retirement from the army in 1998.

That year he registered for his Phd at Manonmaniam Sundaranar University in Tirunelveli, Tamil Nadu. The topic he chose was ‘Zamindari System in Tirunelveli District’.

His interest on the topic was triggered by a book that Kalam had gifted him years ago on the Polygars (or Palayaikarars), the regional satraps of Tamil Nadu, who had fought with the British. The British introduced the Zamindari system after they defeated the Polygars.

“Since the book by Dr. S Kathirvel stopped with the Polygars I wanted to focus my research on the Zamindari system that followed their rule,” says Kathiresan, who completed his doctorate in 2002 and worked for a short period as a government school teacher. 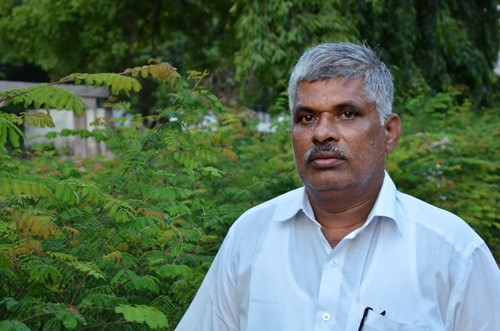 Later, he was posted in Virudhunagar district collectorate, where he reported to the collector and coordinated teacher training programmes.

In 2008, he got his appointment order as assistant professor at government Arts and Science College in Athur, near Salem. He worked in a few other government colleges, and is now posted at a college in Tirunelveli, which is closer to his native place.

Kathiresan says it was Kalam who inspired him to study. “He paid my fees and also bought me books. He treated me kindly and took good care of me.

“He addressed me as his friend at a function recently. He was always very proud of me and once sent a team of Japanese reporters to interview me when I was working at a college in Melur near Madurai,” he recalls

“Dr. Kalam was a simple man. In 2011, he visited my house and had dinner with my family,” says Kathiresan, whose wife is a school teacher, and son V K Raghavan is studying medicine at a college in Chennai.

Kathiresan, who is now guiding nearly a dozen Phd research scholars, is one of the ignited minds of Kalam, which is soaring on wings of fire.