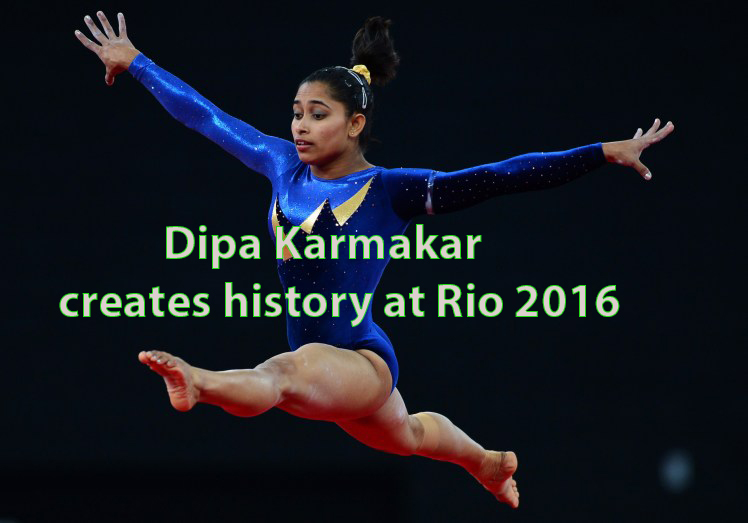 Dipa Karmakar creates history, as she finishes eighth in the qualification event of the Vaults and scored 14.866 to qualify.

India’s lone gymnast- Dipa Karmakar will compete in the final on August 14.

India’s Dipa Karmakar created history on Monday after she became the first Indian to qualify for the apparatus finals of artistic Gymnastics at the Rio 2016 Olympics. Karmakar, who hails from Tripura, finished eighth in the qualification event of the Vaults and scored 14.866 to qualify. She could not repeat her performance in three other events, namely uneven bars, balancing beam and floor exercise. Though Karmakar was sixth before the final round, a strong performance from Canada saw her slip to eight but that was the last position to qualify.