People at risk for having Type 2 Diabetes Mellitus

Some of the key messages, one in eleven adults have diabetes, 46.5 % of adults with diabetes are undiagnosed. By 2040 one adult in ten will have diabetes, 12% of global health expenditure is spent on diabetes. Three quarters of people live in low and middle income countries. One in seven births is affected by gestational diabetes. Every 6 seconds a person dies from diabetes.

According to the Indian Heart Association, India is the diabetes capital of the world with a projected 109 million individuals with diabetes by 2035.The diabetes rate in India is one of the highest in the world  affects more than 62 million Indians, which is more than 7.1% of India’s adult Population. An estimate shows that nearly 1 million Indians die due to Diabetes every year. The average age on onset is 42.5 years. This increasing prevalence is mainly caused by change in lifestyle, stress, urbanization  and dietary habits. 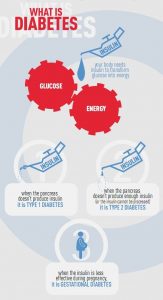 There are several factors that will make you more susceptible to have the type 2 Diabetes. For example the urban residents are more likely to have diabetes than the rural residents and homeless, also the residents of crowded cities and metros such as Bengaluru are the most vulnerable among others. In addition to the wrong daily habits such as reducing the physical activity, eating junk foods which are rich in saturated fats and sugars and being overweight.

The main reasons that make people susceptible to Type 2  Diabetes are :

It is necessary to detect diabetes at an early stage. This will significantly contribute to preventing the disease and reducing the complications. It is advised to make the blood tests at the age of 30 years if there are no other reasons or factors that make people more susceptible to have the disease. In case one of the above mentioned factors is present it is better to have blood tests done before the age of thirty.

There are easy yet effective steps to prevent diabetes and many other age-related diseases. Therefore, changing one’s life to a healthy lifestyle can help prevent Type 2, diabetes. So, if you lose 7% of your current weight through diet and sports, you are contributing to the prevention of diabetes by 60%. 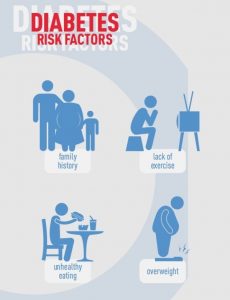 Among the most prominent recommendations: 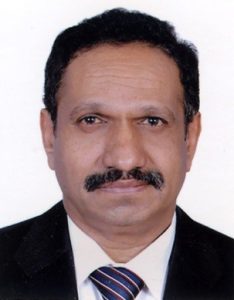