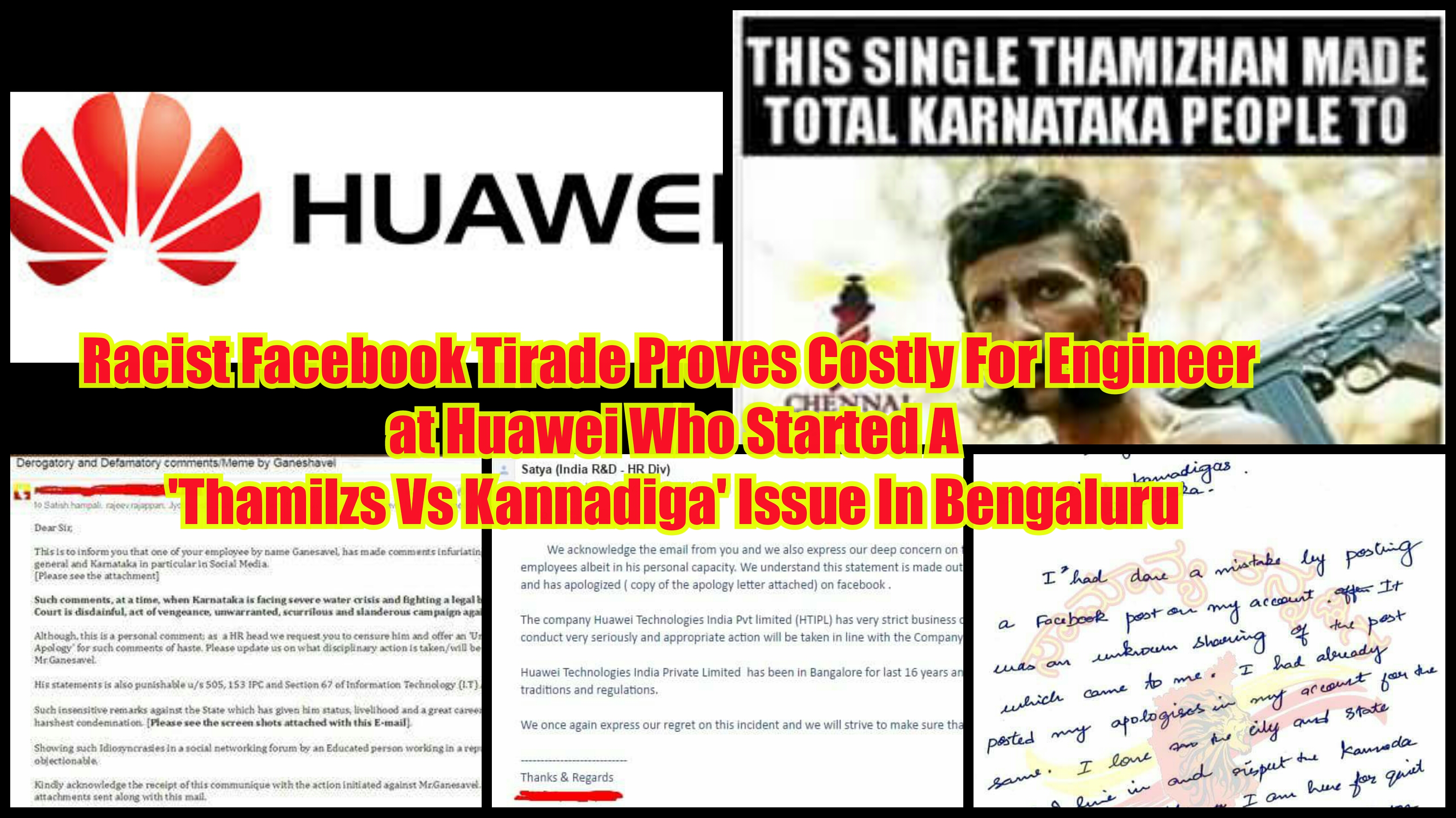 Not realizing the gravity of what you share on the social media can cost you your job.Well, that is precisely what happened to an engineer in IT firm who triggered a ‘Thamilzs Vs Kannadiga’ debate on Facebook. 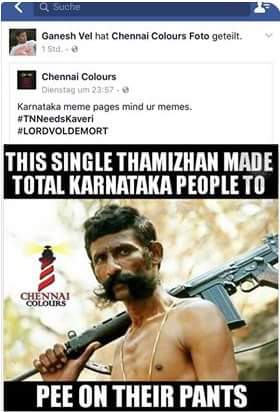 His employers soon handed him the notice and the legal team looking into the matter .At the receiving end was GaneshVel R, who  is working as an Engineer at Huawei ,a Chinese networking company  that is on a major expansion spree in Bengaluru.A casual share of a post created by a page called Chennai colors on his Facebook wall put him in the middle of a raging controversy.

It all started when Supreme court ordered Karnataka to release water to TamilNadu  even during the drought situation in Karnataka .Pro Kannada activists had called for a bundh his post was a reply to a bundh .But the situation turned intense when GaneshVel’s Post was picked up and shared by a group named Samanya Kannadiga (Common Kannadiga), a pro kannada civil society organization . Several people started sending mails and even called up his office over the issue.

GaneshVel realized the goof-up and went into damage control mode by tendering apologies. But he continued to be bombarded with strong reactions.The issue had reached the company’s management who decided to issue him a notice, On Thursday, one of the Samanya Kannadiga group members posted Ganeshvel’s Apology letter . 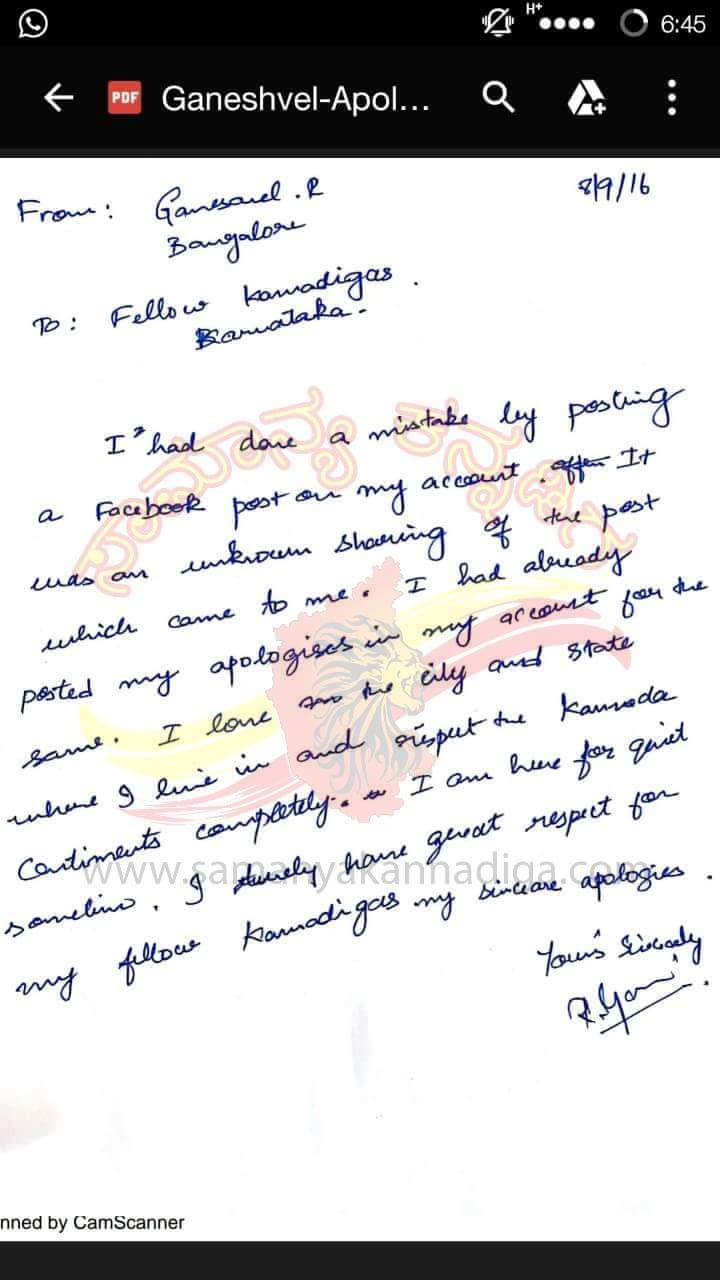 Ganeshvel could not be contacted for his comments. One of the officials under anonymity said, “We as an organization completely respect all local community sentiments. The views or opinions expressed by Ganeshvel on social media is based on his independent capacity and we do not endorse or encourage this”